Lefkada is a beautiful island with famous coasts, and green fertile regions along the east coast. It has a small and attractive capital, and very traditional villages. It is an island of incredible variety

The island of Meganissi, opposite Nydri, is quite interesting to explore, especially for its large sea cave, two small villages, and remote beaches. Here you have accommodation, tavernas, bars, organized windsurf facilities, and caiques departing to other very fine beaches around the Cape of Lefkata (where nearby it is said that Sappho threw herself off the cliff, having been spurned by her lover) and up the west coast to the dramatic and gorgeous Porto Katsiki. The excellent beaches further up the coast, Egremni and Yialos can be reached by road from the village of Athani.

Lefkada history
The first traces of life on the island date to 8.000 years before the birth of Christ. Important settlement finds from near Nydri, from around 2.000 B.C., bear witness to a unique culture, related to the one on the continental shores opposite. The Cephalonians and Laertes, the father of Odysseus, defeated the Leleges, the first inhabitants. In fact, according to the archaeologist Dorpfeld, Lefkada can lay claim to being the Homeric Ithaca. Until the 7th Century BC Lefkada constituted a peninsula of the western coast of Greece with which it was unified. The Corinthians cut the isthmus and separated it from the opposite shore. During the 7th century B.C. Nirikos, south of the town of Lefkada, was one of the largest Greek towns. The island was present at the Naval Battle of Salamis, at the battle of Plataia, in the Peloponessian War against the Spartans and it also participated in the campaign of Alexander the Great and resisted the Romans in the 3rd century B.C. During the Byzantine period, the island was incorporated into the Despotate of Epirus. In 1293 Count Orsini, the later ruler of Cephalonia and Zakynthos, who built the fortress of Ayia Mavra for protection from pirates, claimed it. This was followed by the long period of the Venetian occupation and the struggle against the Turks who conquered the island in 1503 and stayed for 180 years. In 1684 Lefkada returned to Venetian rule and was granted a rudimentary constitution and acquired a state organization. Later it fell into the hands of the French briefly and the Lefkadians were strongly influenced by the liberal ideas of the French Revolution. The British appeared in 1810. Structural works were built during that period as well as the first ant seismic edifices. The Lefkadians fought with all the means at their disposal in the Greek War of Independence of 1821. The island was unified with Greece in 1864 along with the rest of the Ionian Islands. It began its economic recovery in 1960 and during recent years tourism has offered a great deal to its development

Lefkada Culture
Lefkada is the first area of Greece with a large cultural potential. Many of its inhabitants distinguish themselves in Literature, in Arts and Science. The greek national poets Aristotelis Valaoritis and Anghelos Sikelianos, lived and worked in Lefkada. The capital of the island Lefkada or Hora, has a well organized business life. In August, when the well known Speech and Art Festival takes place there, life becomes more cosmopolitan. There are hotels, but also rooms can be rented.

Vacations in Lefkada:
We offer to you our services and assistance for your holidays, as well as to find the right accommodation (Hotels or apartments) or to plan an excursion or a trip through Lefkada's magnificent coasts and natur. 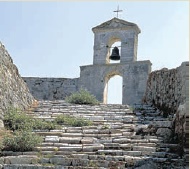 Lefkada: The fortress of Santa Mavra

Lefkada: The monastery of Panagia Faneromeni (the Holy Virgin appeared) 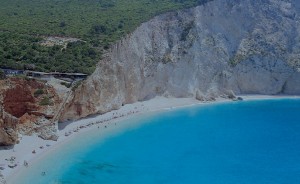 no packages available found at this moment